What is Your Role in Giving to the Church? 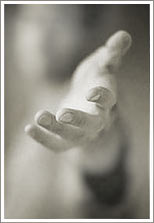 Recently, a friend and mentor asked me a series of four very compelling questions. The first two I answered in earlier articles: What is the Church? and What is Your Role in Receiving from the Church?

Today I'd like to share with you my long and somewhat rambling answer (ye be forewarned) to the third question: What is your role in giving to the church?

I think this may be the most difficult one for me to answer. Partly because I don't want to sound self-aggrandizing. Mainly because I am probably too close to the subject. I'm too subjective. If you want to know my role in giving to the church, I think the best people to ask are the people who feel they receive from me. So if you are one of those people who feel they've received from me, please post a comment and let me know -- round out my answer here by giving a more objective viewpoint, OK?

Through SeedStories, I recently connected with a guy named Keith Giles. He & his wife Wendy are in the early stages of planting a House Church in Orange County (The O.C.) called The Mission -- you can read his blog subversive1 for more info. Anyway, he said this to me:

"Spencer Burke talks about a personal metaphor. For example, he said he felt like he was a firestarter. His calling and gifting were related to helping others get on fire for what God was calling them to.

I think I'm like a magnifying glass. I help people to see things that they might not otherwise see and to magnify the urgency or amplify the vision that God is giving them.

Along these lines I'm not sure any one metaphor captures everything for me, but I have a couple ideas.

I'm a "TRANSLATOR" -- I seem to have an ability in certain situations to "translate" for people. For example, in a counseling session, it might go something like this:

Wife says "See -- he always says that!" and then goes off for a few minutes while the husband fumes.

Then the husband goes off.

I stop them both and say "Well, wife, what I heard your husband say was this..." (Keith turns to husband) "Is that about right?"

Husband says "YES!!! That is EXACTLY what I was saying!" (Keith turns to wife) "OK, so now that I've rephrased it, does that help you understand?"

Wife says "Well, yeah. I never knew he meant THAT!"

And it goes the other way as well; wife says something, husband freaks out, I translate, husband calms down and says "Oh, well that makes sense. I never knew she meant that."

At work I'm a RN Educator so my job is turning medicalese into layman's terms to help people understand their surgeries or recovery path.

I haven't had a lot of practice "translating" the gospel for people, but what I have done seems to be similar in fruitfulness. I have multiple tattoos and piercings and people say "Wait, you're a pastor?" and then once that weird stigma is broken, we can really just talk about God and stuff.

So maybe I'm a translator. I articulate complex or confusing ideas in simple easy-to-understand terms. I help people understand things.

A close friend once gave me something of a metaphor: I like to ask questions and I guess I was hitting some nerves (in a good way) so she eMailed me. She said "You're like this guy walking around with a can opener, always looking for a can of worms!"

You probably noticed: the above two metaphors combined to create the name for my blog.

Hmmmmm -- thinking out loud (OK, not out loud but through my fingers) I also have led music-based worship for many years. And I am an RN (compassion, combined with techie stuff). And I'm a computer geek, etc.

Maybe I'm like a Swiss Army knife, and the can opener is just one of the tools on the knife. I'm not sure. On the one hand I want to be used in whatever way I can. On the other hand I'd rather not be the "utility player" -- I'd rather "do a few things and do them well."

During a time of prayer, someone once said they felt prompted by God to say something to me. In biblical terms, I guess you'd call this a "Word of knowledge" or a "Prophecy". Here's what they said:

"You're a Commander in God's 'special forces'"

Back then I was doing a lot of music-based worship leading, and I saw it more as the Levites/singers (first into battle with only praise music as a weapon, etc) -- but that now sounds different in my ears -- I wonder if it is more in line with some other stuff that He seems to be doing in me. That certainly lines up with some other things that have been said, or that I have seen...

In terms of the church-giftings that the Bible lists in Ephesians 4:11-12, I fall naturally into the pastor/teacher model. And by "teacher" I think of a rabbinical model -- where 'teaching' is done by living life together instead of listening to a lecture. I love to hang out with people and listen to them.

As for pastoring, I think of that as loving people. My two main love languages are physical touch and spoken specific words of encouragement. So I lean toward being a bit touchy-feely and I also use words to let people know I care about them.

Once I went to the Franklin Covey website and did some work building a personal Mission Statement. I thought it was gonna be management mumbo-jumbo but I ended up really enjoying it. One of the pieces of the mission statement I came up with was something like:

"I want, in every interaction I have, for people to walk away feeling more loved, and less burdened"

I still want that.

And I think that plays into this quote from Donald Miller's book Searching for God Knows What:

"Perhaps the most comforting characteristic of Christ is that he liked people. Were somebody to ask me to begin a religious system, I would sit down and write a book the way Muhammad and Joseph Smith both did. This would seem the most logical way to communicate new ideas. Writing in scrolls, however, was not something that interested Jesus. He never sat down and wrote a mission statement. Instead, He accumulated friends and allowed them to write about Him, talk about Him, testify about Him. Each of the gospels reveals a Christ who ate with people, attended parties, drank with people, prayed with people, traveled with people, and worked with people. I can't imagine He would do this unless he actually liked people and cared about them. Jesus built our faith system entirely on relationships, foregoing marketing efforts and spin." (p127)

Somehow I think this binds things together for me. Somehow this ties together the idea of being a translator and a can opener and a pastor and a teacher and whatever else I am designed to be.

I guess what it all boils down to is this; this is my role in giving to the church: I want to be used by God to communicate to people that they have meaning; have value: to me and to God and to the world around them.

That's not real flashy. It certainly doesn't sound very exciting. But it does sound comfortable. Not in the sense of "I can do this all on my own and I am in my own little comfort zone safe from all challenges".

That's my role in giving to the church.

translated by Can Opener Boy at 16:39

Girl in the Globe said...

COB,
A rambling answer from someone who feels they've received from you. =)
Brennan and I moved to the Bay Area in 1998. We floated around the church never really feeling at home. It's hard to feel at home when you really don't know anyone. We floated until 2002 when we met you and Cathy. You guys introduced us to pupusas (yummm. it's been toooo long), and invited us to your home group. After four years of floating, it was nice to have someone tell us that we mattered to them. Sorry if that's cheez.
So we went to your group for a couple of years, and that was cool, but I don't think I felt like I was receiving much...I think a lot of it was that I was shut down, but another part of it is that I don't really receive in that sort of arena very well. When you were talking about teaching being done by living life together...that's *totally* the way I receive the best. I really started feeling pastored when you and Cathy and Brennie and I started cooking dinner together, drinking beer together, watching American Idol together...BOWLING. I think there's something more meaningful to me when someone cares enough to live life with me rather than just talk at me or something. Seems like more of a two way street if that makes sense. Plus I think it gives the opportunity to be more real instead of being all "churchy." Just wanted to let you know that, for me, when I hang out with you I *do* walk away feeling more loved, and less burdened.