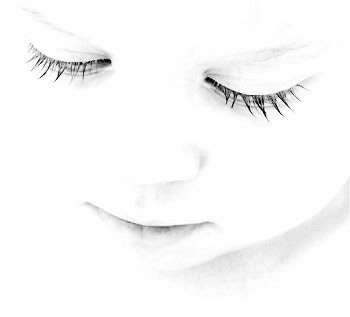 translated by Can Opener Boy at 00:00 No comments:

Today over on Trace Elements my friend blogged about wrapping and such. It prompted a memory which I'll share here.

There was a gift under the tree with my name on it, from Nanaan (grandma). One day when I was home alone I decided to open the gift. It was a pocket knife very similar to this one. 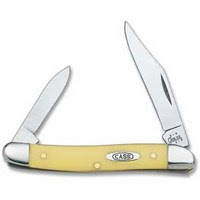 I was blown away. My dad carried a small pocket knife, and I always thought that was cool. I knew I could not carry my knife in my pocket at school, but just the idea of me actually being an owner of a knife made me feel so grown up...

...but then it hit me: being a snooper made me feel really not grown up.

I had carefully unwrapped the gift, intending all along to put it back under the tree. As I now did so, I began to plan for the fake surprised look on my face on Christmas morning. I came to this conclusion:

I've never prematurely opened a package again, and I have no idea what happened to that knife. On Christmas morning I acted surprised and I don't think anyone knew I had snooped. But I knew.

This crisp Christmas Eve morning I am struck with fresh thoughts of waiting for the right time to open a gift vs snooping and trying to find out early. I suppose the Jews of ancient Israel knew something of this waiting, as they eagerly anticipated Messiah. And I suppose that's what Advent is all about now: allowing desire to come to full fruition and allowing God, through the gift of Jesus, to be the supplier of all needs.

If Lent is about sacrificial identification with Jesus' sufferings, then Advent is about the beauty and goodness of anticipation, and (to put a bit of a Zen spin on it, I suppose) allowing now to matter a whole lot more, because of the trust and faith wrapped up in the not yet.

Enjoy today for what it is, and let tomorrow be tomorrow.

~ Keith
translated by Can Opener Boy at 08:57 No comments: 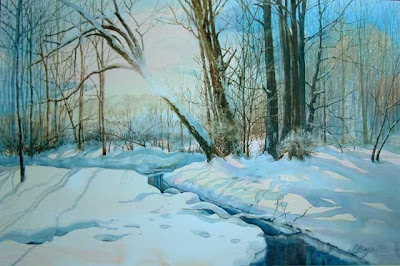 ~ keith
translated by Can Opener Boy at 16:22 No comments:

Email ThisBlogThis!Share to TwitterShare to FacebookShare to Pinterest
labels: seasons

One year ago I posted my first blog entry.

To all of you who come by to share my weird little world: thanks!

~ Keith
translated by Can Opener Boy at 11:01 No comments:

Last night I ate too much. I suppose it happens to a lot of middle-class Americans at this season of the year. This morning I awoke early, feeling uncomfortably full. Ugh. I couldn't sleep because I was too full.

I guess maybe I needed a wake-up call.

Back in February I blogged about the choice between (F)atigue or (E)uphoria. I still want euphoria more than fatigue, but I still seem to choose fatigue over euphoria a lot of the time.

This morning as I lay there some thoughts went through my head about how to further understand myself and move forward toward having the body weight I was meant to have.

What I've been trying to do since February (sporadically -- don't get the idea this has been some diligent 10 month daily thought process) is find my own natural cues for hunger and satiety.

I'm trying to learn my own natural cues; eating when I'm hungry, and then stopping when I am no longer hungry. Gwen Shamblin, in her book The Weigh Down Diet says (I'm paraphrasing here):

Hunger is polite. It whispers to you. Fullness whispers also. Learn to listen to your own body and you will begin to hear your own cues. This is difficult to do if you are drowning out those whispers with the yells of emotionally-, socially-, or clock-driven eating.

She is not the only author to write about this idea. In looking around the web this morning I found this easy-to-understand summation of the concept of "the hunger and fullness method"

I've learned over the past few years I don't want to "diet" since this implies there are bad foods and good foods and that once I am "done dieting" I can go back to eating "the old way" -- which results in putting on all the weight I lost. I've done this too many times in my life.

I was skinny until 7th grade. Then I was pudgy until I graduated High School. It has gone up and down from tehre. My high weight was 250 (you don't want to see that picture!) and my low weight has been 165.

Now that I am in my 40s, I am trying to be realistic about what my "ideal weight" might be. The BMI and actuary tables say I should be around 158 Lbs. Whoa!

I've paid too much attention to the number on the scale (or the waist size) my whole life. Now I want to start paying attention to my body. But how do I gauge that? The idea of a fuel gauge showing (F)atigue vs (E)uphoria isn't as helpful as I thought it might be. I think I need a new measurement tool.

As an RN working with spine surgery patients, one of the most common questions I ask is this:

On a scale from 0 to 10, if 0 is no pain at all, and 10 is so much pain that if you had to endure it for more than 30 seconds you would simply pass out, how much pain are you in right now?

Pain is hard to quantify, though. For kids or non-English speakers, there is something a bit easier, called the Visual Analog Scale (VAS). It looks something like this:

As I try to discern my own cues, I think I might do better with a scale that is different than simply "empty" (euphoric = good) and "full" (fatigued = bad). I'm thinking more about a continuum where both extremes are bad, and something in the middle is where I stay.

What if at one end of the spectrum I place the concept of real hunger, using the ubiquitous image of the "starving child in Africa": 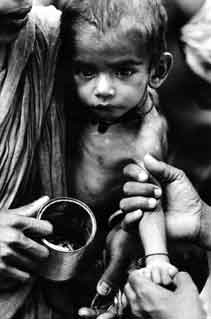 And at the other end of the spectrum I placed real gluttonous fullness, using the painful image of the guy from Monty Python's The Meaning of Life who eats something "wafer thin!" and literally explodes: 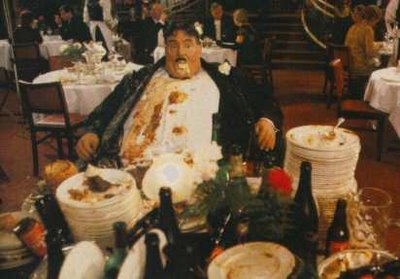 And what if, right in the middle, is Baby Bear: 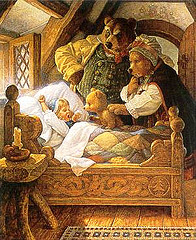 What if I began asking myself this question throughout my day, especially at the various times when food is made available to me:

On a scale of 0 to 10, where 10 is feeling so full you would actually puke if you ate one more bite, and 0 is feeling so hungry you would pass out if you didn't eat something right away, and 5 is that euphoric satiated "Baby Bear" feeling of being "just right", how hungry or satiated or full do you feel right now?

Then, if I am at a 3 or less, I know my body needs to eat something, but if I am at a 4 I can wait. And if I am at above a 6, then putting food in my body would be like giving someone without any pain a bunch of narcotics!

I think that sounds more do-able. Another benefit of this scale is it has more than just two graduations. Most fuel gauges have 1/4, 1/2, and 3/4 marks, so I can think of satiety as 1/2 full.

Right now I think I'm around an 8. It will be hours before I am at a 4 or less, but that is OK. I live in a country where food is abundantly available. I am thankful, and mindful not to take that for granted. God provides food for me. He is my source in all things.

As a parting thought before I sign off and go for a ride, it strikes me that my motorcycle, like most, doesn't have a fuel gauge I can monitor. I have to go by the trip odometer and fill the tank when I've gone 80-90 miles. In between Full and Empty it is mainly guess work. But if I run out of gas my motorcycle, like most, has a reserve tank I can switch to in order to get home. It is not a lot of gas: my tank holds 2.7 gallons in the main, and 0.7 in the reserve. But that is enough to get me 30+ miles.

If I begin to run low on fuel before my next meal becomes available, I have about 30 Lbs of "reserve tank" around my waist and chest area to draw from.

Here's to using my new measurement tool to whittle down that reserve tank.