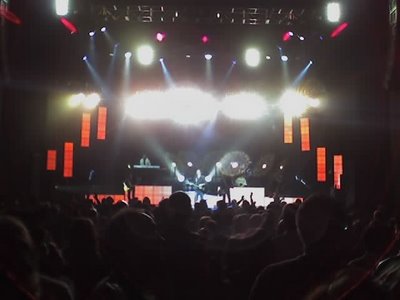 Last night we all went to a concert. The opener was the David Crowder Band. They were fun and hilarious and edgy and cool and all the great things that warm up a crowd.

But the Headliner was Third Day.

I haven't been to a lot of concerts, but I have seen them before, a few years ago in San Jose. Last night was in San Jose again, but in a much better venue: the Flint Center. We had great seats! GG scored our tickets last November! We were in row M, seats 1, 3, 5, & 7.

It was a packed house, and I wish I'd brought my camera! I almost did, but then figured they'd be opposed to that. On the contrary, tons of people had cameras and everybody and their brother (yes, including me! =P ) had cell phones out snapping pix & vids and otherwise annoying the people sitting right behind them by waving around a little flashing blue-lit distraction. =O)

Here's a couple more shots from the show. Click 'em! They are links to video (.mp4) clips from my camera (you have my apologies in advance for the poor a/v quality)!

At one point Mac Powell had us all (yes! vindicated!) pull out our cell phones and wave 'em in the air (today's version of waving lighters, I suppose). I took this shot while waving the phone around, and then I did a 360 so you can see the crowd. (for those so inclined, you may wish to take some Dramamine before viewing this clip) 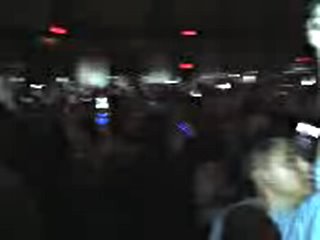 This next clip is from their song "Cry Out to Jesus"

There is Hope for the helpless
Rest for the weary, and
Love for the broken heart
There is Grace and forgiveness
Mercy and healing
He'll meet you wherever you are
Cry out to Jesus 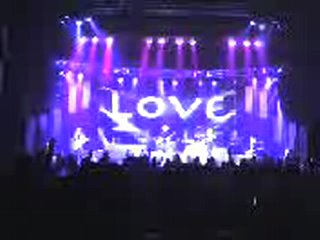 It was a late night and I jumped around so much I decided to give my self a break and skip the Y this morning.

Right now I am headed to work, but really glad to know Jesus said He would be with me, "Wherever You Are"

translated by Can Opener Boy at 07:45