What is the Church? 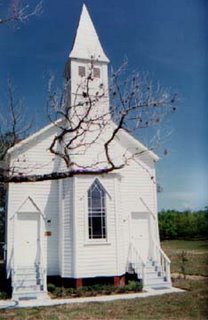 This is the first in a series of four questions my friend Wayne recently asked me.

Here’s my short answer: I think church is the people of God

John Wimber cast a tremendous vision for the Vineyard movement (and for the Kingdom of God!) when he said church was a Hospital and a Family and a School and an Army.

I agree but want to re-phrase it to move away from the building mentality.

It is not a Hospital: It is not a place. It is a people. It is a group of Doctors and Nurses who grew up sick and were helped and healed by people who volunteered their time to go help people. So these kids grew up and are now volunteering significant portions of their time and money and energy to work with “Doctors without borders” and go help and heal people who cannot or would not go to a hospital. And when they heal those kids, they also help them meet teachers, so they can grow up to become able to give themselves away to others in a similar way.

It is not a School: It is not a place. It is a people. It is a group of teachers who grew up with learning disabilities. In their youth they were helped immensely by volunteer tutors who came to their communities and taught them not only academic information, but also modeled the principles of impartation. And so now these kids who grew up to be teachers spend significant time and energy to drive into the inner city and out into the rural areas and go wherever they hear about kids who have trouble learning -- they go to the kids, because the kids’ parents and the kids’ themselves think they are too stupid to waste school on them -- so they would never go to school (or maybe they’ve tried and been ridiculed, and vowed never to go back, and to always see them selves as just being stupid.) And as they teach them, they train them not only in academia and the art of impartation -- they also teach them they have a destiny and purpose and can give themselves away to serve others.

It is not an Army. It is not a place. It is a people. It is a group of soldiers who were once POWs. They have were rescued by fellow soldiers. They were then helped and healed and strengthened in a mobile hospital setting. Now strong, they have banded together to “go back in” and rescue other POWs still suffering in captivity. They took very little time off. They did not go back to the States. They “went back in” as soon as they were physically able to. Some really weren’t physically ready, but their heart of compassion (having been a POW until only recently) drives them back into the jungle to look for others to rescue. And when those new POWs are rescued, they make sure they get into the care of healers and helpers and teachers. They make sure those soldiers get strengthened. And then when they are strong enough, those now-rescued POWs are led back into the jungle by the only-a-little-bit-earlier-rescued POWs.

It is not a place. It is a people. It is a Family. But not a Ward & June Cleaver family. Maybe not even a blended-type Brady Bunch or “cheaper by the dozen” family. It is a bunch of orphans who were adopted and given homes and a chance in life. They were given love freely, so now that they are grown up they spend time and energy and money going to orphanages and adopting children. They intentionally budget small in their personal lives, and do not have children “of their own” -- so they can devote significant time and energy into loving kids that no one else wanted. They don’t sit at home or at the office of a non-profit organization they’ve started in order to help the kids -- they don;t sit in that office waiting for the kids to show up. They don’t advertise in the yellow pages or postcards in an attempt to get the orphans to come to their office. They go out to the orphanages. They take the kids they’ve adopted with them and they love the orphanage kids right where they are, even if they cannot bring them home with them (yet) they can love ‘em and give ‘em a family right where they are.

translated by Can Opener Boy at 22:01

I read Keith's "What is the Church?" some time ago and have been kicking some ideas around since then. My reaction was that the church is not "doctors and nurses", but rather doctors, nurses, and patients. It is not just "teachers", but teachers and learners. It is not just "soldiers", but soldiers and deserters. But how different is this from what Keith had in mind?

I thought about it and decided that the key points -- "it is not a place. it is a people" -- were right on. But the question of a people's identity continues to haunt me. A hospital is not a place, per se. It is a configuration of doctors, nurses and patients (and other support staff that are critically important). No building is necessary and a hospital building may or may not actually be a hospital. But the church as analogically a hospital consisting of doctors, nurses and patients (and other critical support staff) makes sense to me. And of course, sometimes the doctors get sick and become patients, etc.

Why do I think this picture makes sense? Partly, I look around the "church" and I don't see very many doctors or nurses, but I see lots of sick people. So to suppose the church is really, or only, the doctors and nurses casts a very radically different picture of who is the church than is traditionally adopted. Granted, perhaps such a radical shift is needed to return to Christ's description of who are His brothers and sisters. That may be another thread.

But partly, it also makes sense to me because there are sick people who seek help in a hospital, and there are others who do not. Those seeking help could be analogous to those included in the church. If I'm a doctor and I encounter a sick person, I'll try to help whether I'm in the hospital or on my way home.

I realize what I'm saying seems to lead toward a universal view of the church. I know I need to think more about this. For now, I take rest in trusting Jesus to separate the sheep and the goats in His good time. My responsibility is to be my part of His body, seeking to do that which is before me.

And on that note, I better get back to preparing for class. Blessings, ....
--Wayne Iba

Wayne said: "I look around the "church" and I don't see very many doctors or nurses, but I see lots of sick people. So to suppose the church is really, or only, the doctors and nurses casts a very radically different picture of who is the church than is traditionally adopted."

I really really appreciate that Wayne!

I knew there was something not quite complete about my analogies. Your comment helped me see what was missing.

It was the perspective -- it was not full spectrum.

To take my words at face value, it would imply the church is only the "done" people -- but nothing could be further from the truth!

There is only one Great Physician; only one Teacher; one Commander; one Father.

We are His patients who are learning to heal even as our healing is still in process.

We are His POWs in the process of being rescued, reaching to the ones who don't yet know Our Deliverer is here.

We are His family; His children.

...but also still in process!