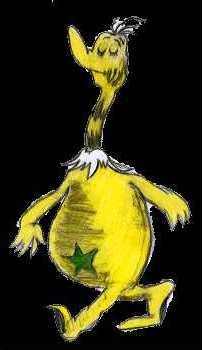 Now the Star-bellied Sneetches
Had bellies with stars.

The Plain-bellied Sneetches
Had none upon thars.

The stars weren't so big;
They were really quite small.

You would think such a thing
Wouldn't matter at all.

But because they had stars,
All the Star-bellied Sneetches

Would brag, "We're the best kind of
Sneetch on the beaches."

~ from The Sneetches by Dr. Seuss


(steps up on soapbox...)
I'm saddened by how many Jesus followers in 'emerging' churches rale against the 'traditional' church as irrelevant and dead.

And I'm saddened by the number of Jesus followers there are in the 'traditional' churches who turn up their nose at the 'emerging' church as nothing more than syncretism.


(steps down from soapbox...)
I'm reading Derek Morphew's book Breakthrough: Discovering the Kingdom and appreciate an analogy he uses on page 151. (partly because it reminded me of some thoughts I have re: answering the question what is the church?)
Morphew says:

The kingdom is illustrated by the analogy of a snail and its shell. The secretions of the snail create the shell which the snail inhabits. Many shells lie empty and lifeless. As church history has progressed, God has given successive interventions of his kingdom. Each time, a shell has been created appropriate to the life of the church. But church history is strewn with empty shells where the structure remains but the life has disappeared. The kingdom perspective should cure us of a preoccupation with shells. Different outpourings of God's presence take on various modes of expression. Our eye should be fixed on the event of the kingdom. Where is God intervening? Where are his mighty deeds being performed? Where can we see the power of the age to come? Our interest in the shells should be functional. The shell is holy while the snail is there. The shape of the shell is not holy and neither is the shell once the snail has disappeared.

As I alluded to whilst on my soapbox, there are some today in 'emerging' churches who say "The Traditional Church (just about anything with any structure!) is just a dead empty snail shell. The only thing with any life in it is this new and elite way of doing/being church!"

And there are some today in 'traditional' churches who say "This new emerging thing is just an empty shell of syncretism & cultural conformity. There is no life there because it isn't church like we've always done it."


Both are wrong!
I think there is tremendous life in many churches who meet on Sunday mornings and have paid staff and pay mortgages, etc. (my church, Mid-Pen Vineyard chief among them!). I also think there is tremendous life to be had in a Simple Church / House Church context. The key is: the color of the shell has no meaning. It is the life of the snail inside the shell that matters. 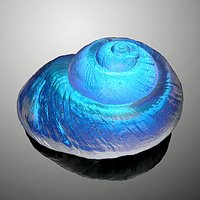 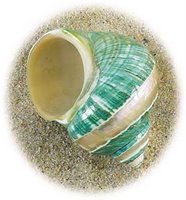 One group says "Well, we have the real church because our shell is blue! Everyone knows green shells are old and dead!"

The other group says "No, WE have the real church because their shell is blue! Sheesh! Everyone knows green shells are the only ones that God approves of! The very idea of God living in a blue shell? PREPOSTEROUS!!!"

The truth is both groups have pretty shells and God loves them both. And either shell color could be empty -- just being blue or green doesn't make the shell full of life!

I really appreciate being a part of The Vineyard. All I've heard from Vineyard folks in various settings has been very supportive of both 'traditional' and 'emerging' models of church. The focus seems to be not so much on the color of the shell -- instead the focus is on The One who made and is still holding the shell. 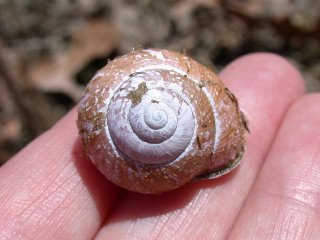 The history of the church has been: Disagree. Divide. Repeat. I think a time is coming (and is now here!) when the church will disagree (on the non-essentials) and stay together (because of the essentials). If we made a list of things that make Vineyard what it is, I don't think the new expressions would lack any of those things. The differences would be cosmetic. Drastic maybe, but really just cosmetic.

In the 60s & 70s, the mainline Protestant denominations looked at Vineyard (& others) allowing hippies in church with bare feet, and using drums and guitars in church, and said:

"You want to do that and still call that church?
You are not part of us -- what are you anyway?"

Then in the 80s & 90s, those same mainline denominations came to accept Vineyard and now say:

"You still are not really part of us...
...but we accept you as
an expression of The Bride of Christ"

The picture I have in my head of what some will do in the 00s and 10s is fit into a new category where Vineyard looks at them and says:

"You are us, and we accept you
as an expression of The Bride"

(please note for clarification: I don't think Vineyard, in our acceptance of various expressions, is better than anyone else. I'm sure there are others in the kingdom who also are open and supportive of various expressions of church. I wouldn't want anyone to think I was saying Vineyard has a star on its belly and everyone else has no star thar.)

translated by Can Opener Boy at 13:49

You speak so clearly but gently; seems to be little of that these days. Bless you.

Thanks for your kind words.

Your insightful and very poetic Nurse Logs was very well-written! It was, in fact, my introduction to you, since I read it on SeedStories.

Well said indeed. Our church here in Kennewick is outside the traditional box, different for sure. We like it and its fun but, we’re not better than another church in town. As a matter of fact, I’m convinced that our ability to explore freedom, passion and creativity exist BECAUSE of the other churches in town. Their presence affords us freedom to be who we are. Most of the other churches in town are meeting the spiritual needs of most of the people in town. It frees us from needing to be a spiritual Wal-Mart to the Tri-Cities. I’m totally cool with being the little mom and pop specialty store in town, meeting the spiritual needs of those who might never set foot in a spiritual super center.

I love your insights and creativity please keep writing!

Any plans for another visit up this way?