I had an experience recently which made me think (among other things) "I should blog this!"

Life, as someone said, is what happens when you're making other plans. Here it is a week or more later and I'm only blogging because I woke up at 0421 and couldn't go back to sleep. I guess now is the time.

I was driving home from work and had stopped at a red light. As I pulled up behind the car in front of me I noticed a young man in his late teens or early twenties, in the back seat on the passenger's side, staring vacantly out the back window. As I stopped he sort of woke up and saw me seeing him staring into space. He looked embarrassed and turned to face front. End of story, or so I thought.

Then he turned back to look at me and smiled, covering his mouth with his hand and sort of shrugging. Then he turned back facing front...and began laughing hilariously. "Great," I thought "some punk kid is being a goofball and messing with me".

Then he turned around again and actually waved at me, smiling this big goofy grin. The stress of the day was starting to wear off, and my first impression of the kid was wiped away as I saw the genuineness in his eyes. I smiled and waved back, and was surprised to see his eyes get big, his smile get bigger and, as he turned back to face front, he was actually rocking back and forth and bopping excitedly up and down in his seat. At this point it became clear to me he was not just a goofy teen, he was someone special.

These three brief encounters all happened within 20-30 seconds. As the light turned green and we moved forward, he turned around again, and smiled and waved. I smiled and waved back and he again responded with obvious delight, seemingly undiminished by the repetition. This went on for about 3-4 minutes, which added up to at least a dozen smiles and waves. And each and every time he responded with the same level of surprise and physically-expressed joy. Let me tell you, my stressful day was forgotten! My path home had me change lanes to the left and as I passed their car, the young man looked back. When he saw I was no longer behind him his face fell a bit, but as he turned to face front, he saw me passing them -- so he smiled and waved at me through the side window and sure enough, as I smiled and waved back, he responded with equal glee.

It had really made my day and I was reveling in the wonder of it all when I came to another red light and, to my surprise, found I was somehow behind the same car again! The young man looked back and in a split second I saw his expression change from expectancy (thinking he'd see whoever he had been playing the wave and smile game with for the past few minutes) through despair (nope, that person is gone now) and then into near luminescence as he recognized me from a few moments before and realized we had been re-connected.

He waved at me and I waved back. This time, though, he also flashed me a peace sign. I sent one back his way and as he turned to face front not only his face lit up; his body was hopping and jumping up and down so energetically I thought he was going to hurt himself!! We played the smile/wave/peace-sign game for a few minutes and then I changed lanes again, this time to the right. Our paths began to diverge but he followed me through the side window for another block or so. By then he was on the other side of a gas station but, somehow, he managed to make eye contact again for one last smile, wave, and peace-sign offering. I sent them back his way and faced forward. The clock on my dashboard told my brain only around 5-7 minutes had gone by, but my heart disagreed, telling my soul I'd just experienced an eternity of joy and real human connection.

I chose to allow my soul to believe my heart.

If I close my eyes I can still see that young man's face, full of joyful abandon and a gloriously contagious smile.

Email ThisBlogThis!Share to TwitterShare to FacebookShare to Pinterest
labels: connection

Yesterday was Hallowe'en, today is All Saints' Day

The transition from yesterday into today is a liminal time -- the ancient Celts & Picts (my ancestors) believed this to be the most powerful of all liminal days of the year -- for all the historic and sociological reasons you can read about in Wikipedia link above, but all the more for me today.

This has been a year of transitions:
Today I have moved past my mid-forties; today I am officially middle-aged. You know what? I'm totally OK with that! In fact I love that! Like John Denver said in Poems, Prayers, & Promises:

It turns me on to think of growing old

I have always loved Autumn and Winter. The long nights and cold wet days. The deep abiding rest the world moves into. All this really feeds my soul. I identify with these changes and appreciate the subtleties and vagaries of liminal times. 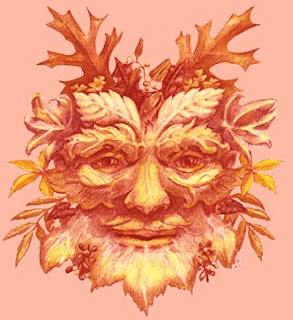 ~ Keith
translated by Can Opener Boy at 09:23 No comments: