If you've never been to Folk Alley you really should go. Listen for a little while and you are bound to hear some great music. But for me, the lyrics are what make a song great in the long run. The lyrics are what kill me and stay with me and make me cry just thinking about them! That's what folk music is all about for me -- the stories of real life, played in simple arrangements so the lyrics can be appreciated and savoured and absorbed.

Yesterday I was minding my own business balancing the checkbook, and this song came on. I just had to stop and listen. The artist's name is Bill Miller and this song is called Ordinary Man. It is not available on iTunes (although much of his music is), so I may just have to go buy a CD today.

I like to replace the words "Clyde" and "Edna" with "Keith" and "Cathy" -- I like to do that because it brings home to me not just the importance of being an "ordinary" man -- but the incredible privilege and honour I have of being married to the sweetest woman in the world. Cathy is my best beloved. My Queen. My bestest friend in the whole wide world -- and you know what? I can't wait for us to grow old together! I can't wait -- I ache! -- to see her again! (She's in Seattle with Globe Girl).

Clyde woke up real early while Edna was still asleep
Got dressed and had some coffee, then found his set of keys
He pulled on his Levi jacket, he headed for the door
The kitchen smelled like dinner from the night before

A rumbling exhaust pipe woke Edna from her sleep
She stumbled like a drunkard yelling "Clyde you wait for me!"
But Clyde was going nowhere, just sitting in his truck
Staring with a poker face, like he'd run out of luck

Now Edna, she couldn't say too much, she'd seen that look before
She kept tapping on Clyde's window, till he opened up the door
Then she put her arms around him, she never said a word
And Clyde turned on the radio and neither of them heard

He said "Edna why don't you hop in, I think I'll call in sick
There's three one ways to a dead end street, now you just take your pick"
And she pointed to the ball field and the park where they first kissed
And Clyde grinned like he found something that he had almost missed

They spent that day in freedom, they hung on for many more
Raised up quite a family, they found what love was for
And the aging never slowed them down, they leaned on faith, not luck
Still out taking Sunday drives in Clyde's old beat up truck

You know Edna, she ain't no movie star and Clyde's a little slow
The shopping mall's replaced the park where they both used to go
But that's why they've both got each other, so they can keep their dreams alive
The simple dreams, the common man, still stand the test of time 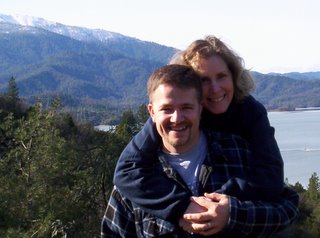 Here's to being ordinary.

translated by Can Opener Boy at 07:43

Email ThisBlogThis!Share to TwitterShare to FacebookShare to Pinterest
labels: marriage

Ooops, I thought I was responding to this, but I think it went into the one right after it. Eeeek!

Thanks Sandy -- I knew which one you meant. =O)